The Ministry of Health has updated its database and reported the latest accumulated cases which are now 51,392. There are 4,001 active cases 46,677 have recovered but deaths are 714.

To find more information on municipalities, you can click the relevant link below

One dead and two women in critical condition, the victims of a tragic house fire early Thursday morning in La Laguna.

One deceased and two women in critical condition, after presenting a severe case of dyspnoea (difficulty in breathing), were the victims of a tragic fire which occurred in the early hours of this Thursday, at around 02.30 am, on the third floor of a building in Calle Volcán Cañas Dulces, in Los Majuelos, La Laguna. As reported by the Emergency and Security Coordination Centre of the Canary Islands Government (CECOES 1-1-2), informing of a fire in a multi-storey building and that there were people inside.

All the necessary emergency resources were immediately activated. Members of the Tenerife Fire Brigade attended the scene, who managed to rescue the residents of the building, extinguished the fire and ventilated the building; also key was the work of the Canary Islands Emergency Service (SUC) personnel, who arrived in a medicalised ambulance and a basic life support ambulance, and who were responsible for assessing the two women, aged 50 and 77, who, at the time of the initial assistance, presented severe dyspnoea and were transferred to the University Hospital of the Canary Islands; In addition, during this incident, the Local and National Police assisted the emergency services and carried out the evacuation of the adjoining dwellings. 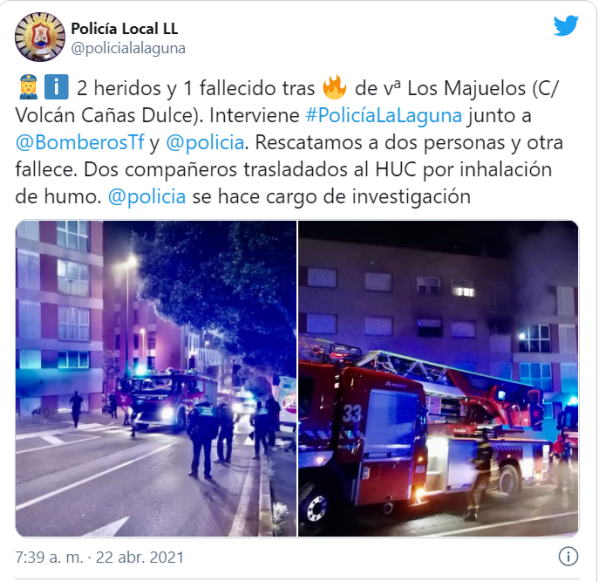 Hospital del Sur will inaugurate its operating theatres this Friday

Gynaecology and Traumatology operations will begin in approximately two weeks, in addition to Ophthalmology, as confirmed by the Health Department today

The Hospital del Sur has added major outpatient surgery to its portfolio of services as of this Friday. The activity begins with the performance of twenty ophthalmological surgeries in the operating theatres.

In this way, the services of this health centre will be progressively extended to new specialities, such as gynaecology and traumatology, from May onwards. If the forecasts are met, four of the eight operating theatres will be opened. “The operations to be performed are minimally invasive,” explained Plaforma Hospital del Sur Ya! 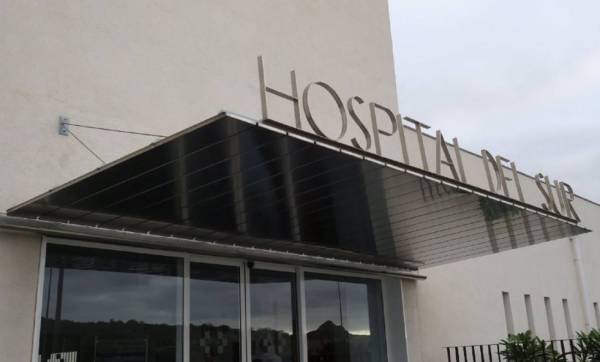